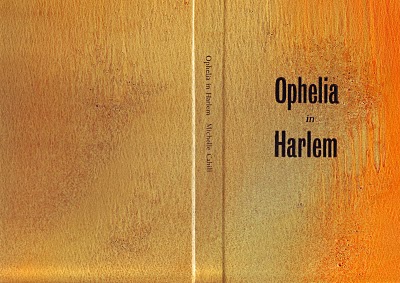 Kilmog Press in New Zealand have published my chapbook of selected poems, Ophelia In Harlem.
The book is gorgeously crafted. I really love the paper and print. And it was a pleasant surprise to collaborate with Dean, Kilmog’s editor, who suggested the title. It’s an edition of 46 copies, available at Parsons Bookshop in Auckland, and from Dunedin Public Art Gallery Shop.

Kilmog is a basaltic hilly area north of Dunedin, between the Waikouaiti River and the Pacific Ocean, a scenic and sparsely populated, coastal stretch. The etymology of the word “Kilmog” is thought to derive from a southern Maori dialect. “Kirimoko” was used to describe a species of manuka tree, (Leptospermum scop.) used by early Maoris to brew a tea. Convincing evidence for this is found in several sources. A little known book Reminiscences of a Voyage Around the World in the Forties, by Captain Burr Osborn (Union City, Michigan, 1892) describes a passage taken through the Kilmogue swamp from Bluff to the New River estuary:

“The 11 miles through Killmogue swamp was only a narrow foot-path made by the natives, perhaps centuries ago. The mud and water was a foot or more in depth the whole distance, and the path was no wider than a man’s body all the way. The leaves of this bush, or Killmogue, makes excellent tea, and both the whites and natives use it for that purpose.”